Seeking Help from an Acupuncturist in Portland 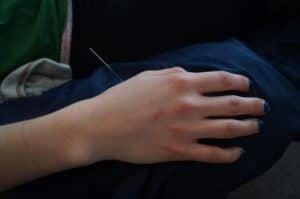 If you are seeking help from an acupuncturist in Portland, then keep reading.

Acupuncture for the first time?

Among all the different medical treatments that originated in the ancient world, few are as highly regarded in modern times as acupuncture. A tenet of traditional Chinese medicine (TCM), acupuncture dates back thousands of years. Treatment involves using needles of various lengths and thicknesses.  The needles are inserted into different parts of a person’s body to correct imbalances in the flow of Qi (pronounced chee). Qi is believed to flow through channels known as meridians.

Old Medicine, but New to the US

Although acupuncture only became popular in the 70s after the US opened relations with China, the first details of this practice were brought to the West by missionaries in the 16th century. Today, the World Health Organization and the National Institutes of Health have approved  treatment.  Hence, individuals who are in chronic pain can seek pain management from a reputable acupuncturist in Portland.

According to ancient sources, there are five functions that determine the flow of Qi in the body. These concern the movement of the limbs, handling of bodily fluids and wastes, the functionality of all organs, levels of protection against pathogens, and consumption of food. Any disruption in any of these five functions can lead to nasty repercussions in the body.

During the initial examination, the practitioner   examines the tongue and takes the pulse on both wrists. Acupuncturists believe that certain salient features, such as marks in the body or unusual pulse palpitations, may be a sign of illness. Once a diagnosis has been made, acupuncture needles are then inserted into specific acupuncture points in the body.

Disposable needles are used to prevent infections. And they are made from stainless steel.  A typical procedure can last from 10 to 15 minutes, though some can last for 60 minutes. The patient can also come back for multiple visits if the situation calls for it.

For those who are seeking alternatives to western medical procedures, TCM treatments can restore wellness.  In addition to the needling,  the practitioner may use Chinese herbs in Portland.  Practitioners in establishments such as RiverWest Acupuncture are well-versed in the estimated 1,800 herbs used in traditional Chinese medicine. Depending on the diagnoses, treatments may comprise the ingestion of a combination of different herbs in a prescribed manner to address disharmonies in the flow of Qi.