Treating the Common Cold with Acupuncture 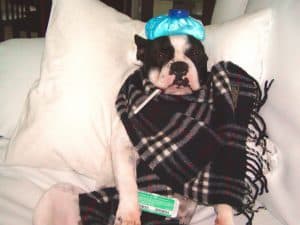 For those of you that happen to be struggling with getting over a cold or flu, it might come as a surprise that acupuncture can have curative effects on your symptoms.  And there has been a long history of treating the common cold with Acupuncture.  It gets especially tricky this time of year because of the weather we’ve had over the past few days.   Portland has had the pleasure of experiencing wonderfully pleasant and sunny weather. The blue skies, gentle winds, and flittering birds seem to beckon the oncoming of spring and the promise of warmer days. But though the sun shining down on our skin may tempt us to forget that we are still in the middle of February.  Ultimately, the reoccurring instances of the common cold and the flu remind us that we still remain within the grips of winter.

Symptoms of colds that we relieve

At RiverWest, our patients are frequently surprised and relieved when they come in for a treatment.  Typically, they come in for some ailment, and they happen to be struggling with a cold.  They leave thrilled, having received relief for their cold symptoms in addition to their original issue.   Acupuncture treatments are used to treat such symptoms of the common cold as:

Traditional Chinese medicine and the cold

In traditional Chinese medicine, acupuncture and the coinciding usage of herbs has long been used to alleviate and potentially prevent symptoms of both the flu and the common cold. In a 2004 study done in Japan observing the effects of acupuncture on treating the common cold, it was found that the group that received acupuncture treatments experienced statistically significant fewer symptoms in comparison to the control group that received none, and that the use of acupuncture for treating symptoms should be considered. And several years back, when a number of scientists from China were invited by the American scientific community to observe the United States, the Chinese scientists were surprised that America held the belief that there was no cure for the common cold, and that acupuncture was not used as a treatment.

When creating a treatment plan that includes acupuncture and Eastern medicine, the patient’s cold or flu symptoms are first observed and differentiated as being caused by either “wind-cold” or “wind-heat.” Wind-cold symptoms are regarded as:

• Fever
• Chills (chills will be worse than the fever)
• Inability to get warm
• Sinus congestion with clear mucus
• Coughing
• Stiff neck and shoulders
• Headache at the back of the head
• No appearance of sweat
In an instance of a cold caused by wind-cold, therapy focuses on warming the body and pushing the pathogen out. Herbs like Ephedra and cinnamon open the bronchial passages, warm the body, and stimulate sweating.

Wind-heat symptoms are observed as:
• Fever (fever will be worse than the chills)
• Chills
• Sweating
• Runny nose with yellow mucus
• Body aches
• Cough
• Sore or swollen throat
• Feelings of thirst

In an instance of a wind-heat caused cold, treatment focuses on reducing the fever and providing relief to the patient’s sore or swollen throat.

In both incidences, when using acupuncture, needles are typically inserted into points near the lungs and large intestine to activate immune function. Another needle is also often inserted in a point located in the web between the thumb and the forefinger, also referred to by some as the “miracle point,” as this point is known for being very effective in suppressing pain and providing quick relief.

Due to it still being the winter season, and because Portland weather can be mercurial, it is likely that many of us will find ourselves susceptible to catching the common cold or flu. If you find yourself starting to feel the unmistakable aches and chills signifying an oncoming cold, schedule an acupuncture session as soon as you can to receive relief from your symptoms and help you recover from your illness. RiverWest Acupuncture will keep you feeling healthy and well, and able to continue enjoying the Portland, Oregon weather when we get those perfect, breezy days.

To read more about how acupuncture can help with the common cold, check out these sources.