Acupuncture for Menopause; Can it Help You from Going MENO-POSTAL? 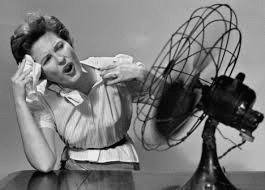 The heat, the heat, the heat!  I used to LOVE the heat. The hotter the better. Then menopause hit, and I finally understood the women (usually) that would complain about the heat. It was a concept I simply could not fathom before the phenomenon of menopause. I used to think, ‘I will be so glad when that occurs, just maybe I’ll warm up.’ That was until that first hot flash hit. What I didn’t understand was that with that hot flash, there also came such an incredible surge of hormones that start in your gut and it made me absolutely want to tear my hair out and anyone else’s that was standing within range of me, and then spit because I’d feel such rage.  It didn’t occur to me at the time to try acupuncture for menopause symptoms.

The symptoms would instinctively made me get up from wherever I was and go eat.  By eating, it felt like a way to stuff the rage down and it seemed to help.  I think in actuality it just took my mind off what I was feeling.  By the time I had eaten a little something, that feeling had passed.

Menopause from a Chinese Medicine Perspective

Any woman that has experienced menopause understands the symptoms, but I thought we could explain what happens in that process from a Chinese Medicine perspective and how we treat it in our acupuncture clinic.  I think far too often, especially as women, we think we have to just bear it or go on hormone replacement therapy.  We offer a different solution here at RiverWest Acupuncture.

It all starts with the Jing

In Chinese medicine, we are born with what is called pre-natal essence, or Jing (in Chinese.  Jing is made up of yin (feminine) and yang (masculine), in their most basic form. This pre-natal Jing is a finite quantity that we inherit from our parents and is stored in the kidneys. As we grow, develop, and age, we start to tap into our Jing and it is used in cycles. These cycles differ depending if you are male or female. While we cannot ever add back to our pre-natal Jing, we can nourish it with what Chinese medicine calls post-natal Jing.  This is what we can get from food, air, and water once it is converted into our bodies.

As women mature and grow through the Jing cycles, we see specific changes.  The cycles start with puberty and menstrual cycle starting.   Puberty  is followed by ideal child bearing years.  In turn,  followed by peri-menopause, and then menopause.

As the Jing gets used up

Specifically around the peri-menopause and menopause changes in the cycle, we start to experience symptoms such as hot flashes, difficulty sleeping, and sometimes rage. This is because we have used up the majority of our Jing.   We have used it from having years of periods and using Jing to grow and bear children.  We also use it as the self-sacrificing cultural norm that our society puts on mothers.

The Order the Organs are affected by Jing Deficiency

Because each of the organs in the body are integrally related, this deficiency will impact all of the organs in the system in a particular order. The kidneys are first to become yin deficient since they store the Jing.  Next in line is the liver. Chinese medicine states that the kidney is the mother of the liver.  And when the liver is out of balance, it causes sensations of frustration, anger, irritability, and rage. Or, on the other end of the spectrum, it can also cause depression and a sense of emotional disassociation.

With diet, herbs, and acupuncture, Chinese medicine is able to use post-natal Jing to nourish and support the pre-natal Jing, and this mitigates the symptoms of menopause.   If you are wondering if we can help you with your symptoms, come in for a free consult at Riverwest Acupuncture in Portland, Oregon. 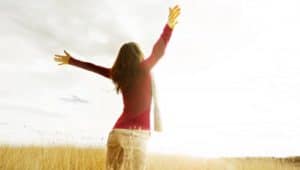